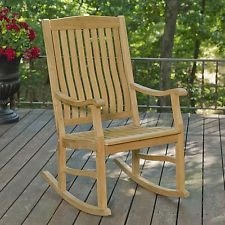 In the early mornings, I sit down with God and rock a while––with a puppy on my lap. A puppy at our age? What were we thinking? It was inevitable that we'd eventually decide to get another dog one day because one of our Goldens had recently gone over the Rainbow Bridge and his brother would join him sooner than later––he had cancer.

But, we didn't plan on coming home with a puppy the day we went to buy Jake a sweater because he'd lost all his hair from chemo treatments. It was winter in Bolivia, and Jake shivered in the mornings. So off we went to the marketplace on a sunny, brisk morning to find him a sweater.

My warning to my husband that morning ––"Don't look at the dogs for sale." I should have warned myself! There she was, a Shih Tzu. Our Shih Tzu, Kelsey had been gone six years. She celebrated her 18th birthday and a day later went over the Rainbow Bridge. Never again another little dog turned into right now, this little dog. And so we brought her home to Jake. He loved her, and Zoey perked him up for a few weeks. But, then the dreaded day came for him to go over the Rainbow Bridge to join his brother, Max. We all cried, even Zoey.

But this morning, I have a puppy on my lap. Zoey joined our family at just the right time. I'm thankful I didn't listen to my own advice--"Don't look at the dogs." And, as I sat rocking with Zoey this morning, (she sits on my lap while I read my Bible in the early mornings) I read this in my devotions:

Luke 10:38 - 42 says, " As Jesus and his disciples were on their way, he came to a village where a woman named Martha opened her home to him. She had a sister called Mary, who sat at the Lord's feet listening to what he said. But Martha was distracted by all the preparations that had to be made. She came to him and asked, "Lord, don't you care that my sister has left me to do the work by myself? Tell her to help me!"

"Martha, Martha," the Lord answered, "you are worried and upset about many things, but few things are needed––or indeed only one." Mary has chosen what is better, and it will not be taken away from her."

So here I sit, with a puppy on my lap. Every morning, Zoey chooses to sit on my lap and rock for a while just to be near me. Maybe she knows I won't be sitting much the rest of the day. Dogs are smart, you know. When I finish my reading, she goes about her day playing, napping, and going outside for the necessities of life. But first, she chooses to be with me. Yes, she chooses what's best before other things––not that the other things are wrong, but the best is first.

It's about our choices not our schedules or to-do lists. Seek ye first the kingdom and all these things will be added unto you. We try to add the things and then seek the kingdom. Let's heed Jesus words and seek Him first. Maybe our priorities will change and what we thought to be important will become dim in the light of His face. We can learn from a puppy and first rock with Jesus and then make the right choices daily, so we aren't frazzled in our work like Martha.

Puppies know the better! Come rock with the Master in the mornings.

Today's promise: Jesus will not take away from you what is better for you! Luke 10:42

Today's (puppy) lesson: Let's not be distracted like Martha and settle for good when God wants to give us the better! Let's choose the better as Mary did. 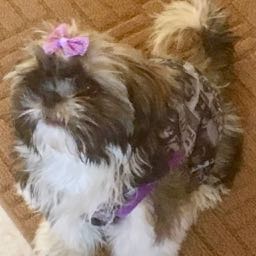 Posted by Peggy Cunningham at 8:31 AM No comments: 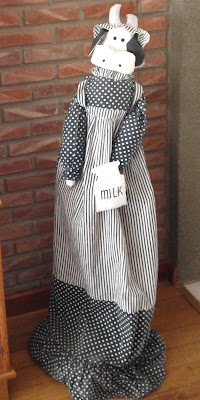 Have you experienced an undeniable God moment? For me, one such moment came in a phone call. The proof of this call is visible upon entering my living room because there she stands—a cow. You can’t miss her. She claims her corner spot––ten years and counting. At every glance her way, she reminds me of God’s incredible love. Proof of His love—a cow in my living room. Her story is recounted to curious visitors frequently. How did she end up at my house? Love––God’s love.


I first saw the likes of her at a friend’s home and immediately fell in love with her. So, I set out to find a cow just like her to travel to Bolivia with me. We’ve carried many things back to Bolivia after furlough––but a cow?

My quest began in my hometown area in the beautiful mountains of western Pennsylvania where ski resorts welcome visitors from near and far. Little specialty shops lure visitors with their crafts and homemade delicacies. The aroma of freshly baked cinnamon rolls seeps into the rows of novelties as you walk the stores’ aisles. That’s where I found her standing in a corner. Just one problem stood in the way of the purchase—her price. Her delicate material and hand stitching by a local lady explained the exuberate price. No, my cow doesn’t have bristly hair and a cold rubbery nose or give milk. Her soft material invites caressing, and her button nose—literally a button nose––is pure cuteness. She’s a vacuum cover.

I walked away after checking the price tag––$70. My prayer, “Well Lord, if you want me to have a cow, I will.” I started down the stairs to the main level of the store––glancing back a few times wondering if I could sew her myself.

At the bottom of the steps, my phone rang. It was my friend, Alice. She only spoke a few words, “You have your cow; don’t bother looking for one.”

Stunned, I glanced at my husband. With tears dripping, I mumbled, “I have a cow!”

God loves me that much to care about a vacuum cover––my wondrous cow. He provides our needs and our wants. He loves us all that much.

“To him alone who does great wonders, His love endures forever” (Psalm 136:4 NIV).

My cow testifies to His love and great wonders for me.

Posted by Peggy Cunningham at 9:37 AM No comments: 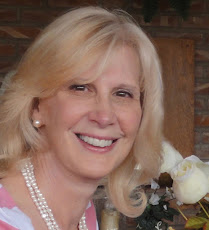 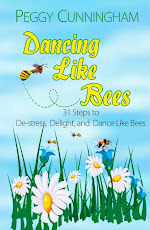 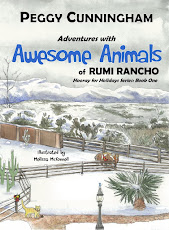 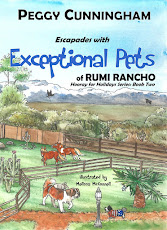 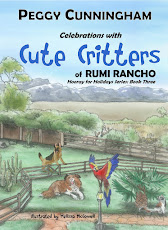 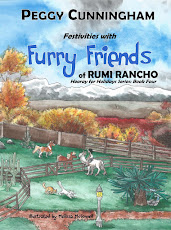 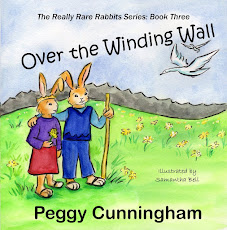 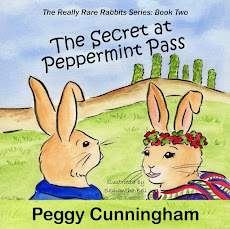 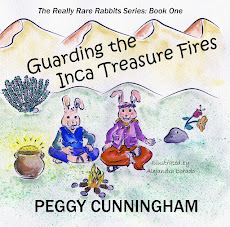 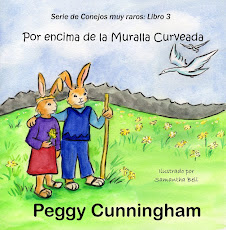 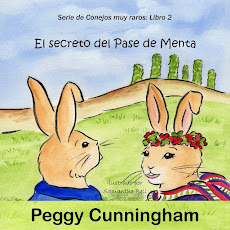 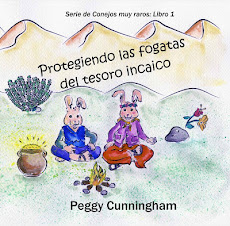 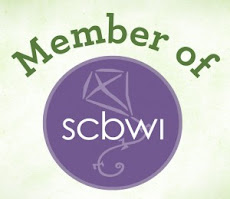